There are many people who lay claim to the title "legend," but few would dispute the consensus that Tina Turner — who turns 79 November 26 — is that and more. 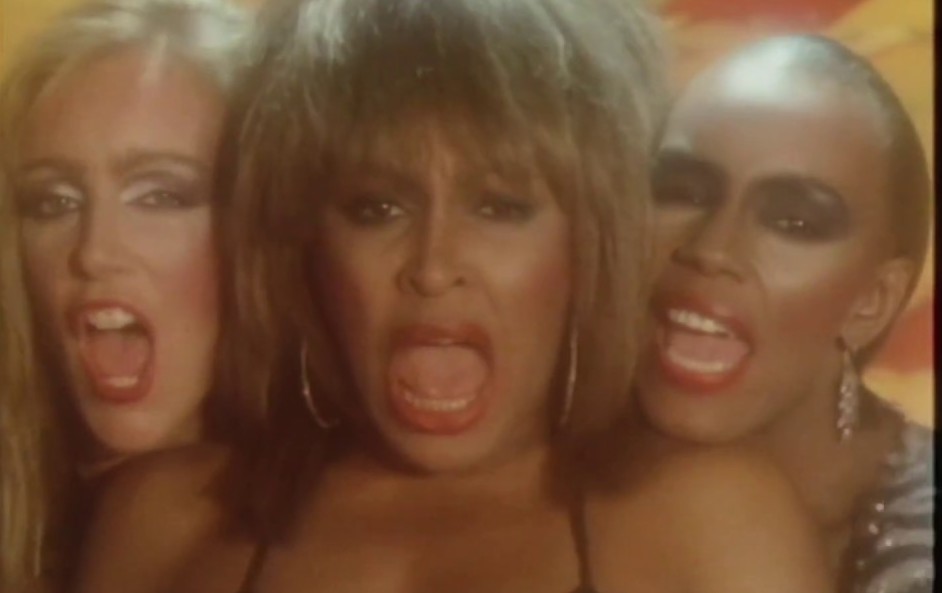 "Together" forever (Image via video still)

She split from Ike in 1976, alleging abuse, and divorced him in 1978, their tumultous time together the subject of the acclaimed film What's Love Got to Do With It (1993).

But it is as a solo artist that Turner truly shone, starting especially with her 1984 #1 comeback hit single, "What's Love Got to Do With It." From that moment on, Turner was rock and pop royalty and an icon of reinvention and perseverance, more than just a great musical artist.

Surprisingly, as much of a household name as she is, Turner's singles-chart success pales in comparison to her esteem as a live performer.

Below, my picks for her most overlooked singles and songs that weren't even singles in the U.S.. Some were hits, but none were as massive as they should've been. All positions pertain to the U.S.:

Perhaps a black woman wailing about love way, deep down inside was a bit much for the American Top 40 in 1980, but her Led Zeppelin cover is a timeless scorcher that shockingly never charted in the U.S.

Turner's gutsy performance of this Tommy (1976) tune was a marvel, but the charts shrugged.

Demonstrating why she is the mistress of covers, Turner interpreted the Dan Hill (b. 1954) soft-rock tune in her own inimitable way.

Turner can sing just about anything, and she has! Here, she shimmies seamlessly into disco, a genre it seems she should have been able to conquer, yet this ecstatic tune stalled on the charts.

Another fantastic cover, "Let's Stay Together" by Al Green (b. 1946) was Turner's true comeback single, and it did hit the Top 40, thanks in part to a sexy music video that teased lesbian overtones. The new Tina was ready for her first #1 hit next, and she got it — but it could just as easily have been this.

As good as anything else on Private Dancer, her final single from the record had the poorest chart showing, probably more from album fatigue than merit.

Yes, it was a Top 15 tune, but following a #2 hit ("We Don't Need Another Hero") and coming from the soundtrack of the hit movie Mad Max: Beyond Thunderdome (1985), the song really deserved a higher status. I've always thought Turner's vocal was one of her most hard-driving in what is otherwise a poppy track. It's all about her snarling, "Savage ... ravaged."

My favorite underperforming Tina single is this fragile ballad that unfolds into an anthemic love, deeply felt song. It has such a beautiful fade-out.

American lost its damn mind in not embracing this above-average Bond theme.

Tina almost had a Top 40 comeback in her late fifties with this '80s cover, but it could only muster #84. It's not much of a reinvention of the familiar song, but she's on fire in the chorus.

Tina's final solo single in 2008 couldn't get American radio to show it some respect. It's too bad, because it's a spirited and appealing pop-rock tune that also would not sound out of place on country radio.