Helena Kallianiotes, 80, the Golden Globe-nominated actress and legendary hostess behind L.A.'s '80s hot spot Helena's, has for the first time ever opened up about the privacy-soaked getaway — and the details are juicy! 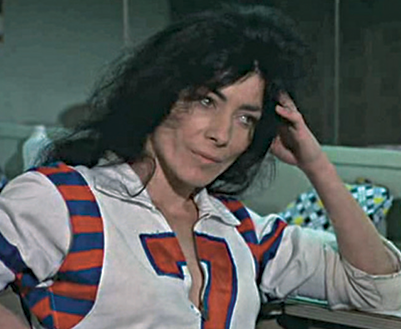 In a thorough profile for THR, Kallianiotes, who now resides in Mexico, talks about launching the members-only club in a gang-infested corner of Los Angeles and watching it bloom into the #1 most popular celeb destination thanks to two very un-2018 rules: No cameras, no press. 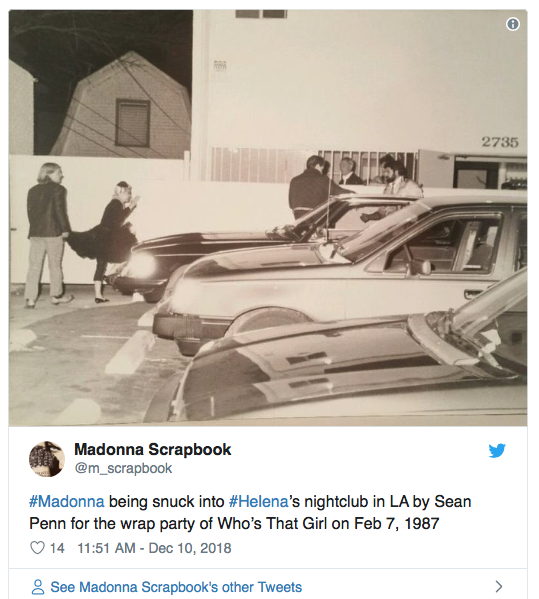 Madonna once asked Helena how people could dance when she had garlic ... (Image via Twitter)

Kallianiotes was not only a vigilant doorwoman but an active host, seating people she thought should sit together ("They'd say, 'I can't sit next to so-and-so because we're having a lawsuit,'" she says, but by night's end, "things were mended," claims Mindel). Loree Rodkin, who at the time managed Robert Downey Jr., Sarah Jessica Parker and a host of Brat Packers including Demi Moore and Rob Lowe, remembers the presence of rock stars (Bernie Taupin with Elton John, Rod Stewart and then-wife Alana Hamilton), Ellen Barkin losing a diamond bracelet down the toilet that she was never able to retrieve, and how Helena's was the very definition of tablehopping: “It was a subdued intimate dinner club for the Hollywood elite," she says. "You’d say hello to all your friends at one table, then go on to the next. It was a movable dining experience.”

The hostess left her club in 1991 after a debilitating car accident left the former belly dancer unable to participate as much as she had in the past:

"I came there for the Academy Awards in a huge cast on my leg," she recalls. "I came in, and everybody was sitting there: Meryl Streep, Jack, Sam Shepard. Sam signed my cast, and I never went back."