The Lady from the ‘Mary Tyler Moore’ Opening: Found!

No, she isn't still alive, but yes, there is information on the puzzled-looking lady from the Mary Tyler Moore (1970-1977) series opening credits! 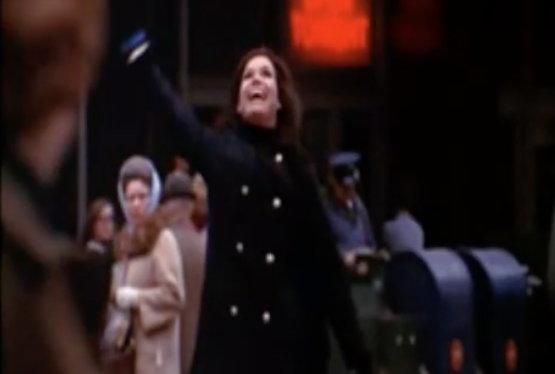 Thanks to an ICYMI post by Kenneth in the (212), I discoverd the woman's name was Hazel Frederick (1908-1999), and she even got to meet Moore in the late '90s, years after she found herself immortalized as the TV legend tossed her hat in the air.

According to a vintage The Minneapolis Star-Tribune piece, Frederick looked surprised in the opening because she well and truly was.

"I didn't even know what was going on," she told the paper when she and Moore met up in the mid-'90s. "I just walked up to this crowd and this woman threw her hat up in the air. I guess I just got in the way."

Moore graciously brought Frederick onstage at a booksigning when they were finally introduced, telling the crowd she had been her opening-credits co-star! Frederick died not long after, in 1999, in her nineties.

Before her passing in 2017, Moore recalled the opening was shot by a special director on an especially cold winter's day. "It was so cold lips weren't moving," she recalled. "You couldn't form words.

It was the titles director who came up with the idea, which nobody dreamed would be iconic. "You know what would be a good idea, Mary?" Moore remembered him saying. "Go out in the middle of the intersection and take that tam off and throw it in the air." She couldn't protest because she couldn't form the words.

As for the hat, which would be Smithsonian-bait, Moore always said it was her own, a gift from her beloved aunt, but that it had been stolen.

Wonder where it is today?