Stunning Footage of NYC in 1911

MoMA offered, for a brief time on its site, footage shot in 1911 of various famous NYC sites. 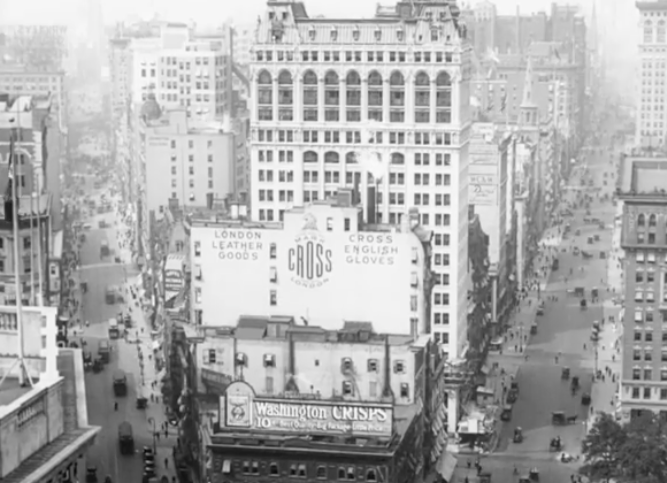 It was 107 years ago; slim chance anyone, even newborns, captured would be alive today. (Image via video still)

This documentary travelogue of New York City was made by a team of cameramen with the Swedish company Svenska Biografteatern, who were sent around the world to make pictures of well-known places. (They also filmed at Niagara Falls and in Paris, Monte Carlo, and Venice, although New York 1911 is the only selection in the Museum’s collection.) Opening and closing with shots of the Statue of Liberty, the film also includes New York Harbor; Battery Park and the John Ericsson statue; the elevated railways at Bowery and Worth Streets; Broadway sights like Grace Church and Mark Cross; the Flatiron Building on Fifth Avenue; and Madison Avenue.

The footage is pristine.

Watch — and note that this version uses clunky sound effects in case you decide to turn the sound off: