JFK Auction: No Shirt, No Problem!

(Above: 1942 family photo of JFK signed to his sis. Images via RR Auction)

JFK is in the news as files related to his assassination see the light of day 54 years after the fact, but the truth is that the Kennedy clan is always the object of adulation from a segment of the population.

A new sale from RR Auction will put the legacy of the Camelot Era to the test, offering several extraordinary objects, autographs, photos and other items related to JFK and his famous family.

Some of the prizes include the image of a young JFK that appears at the top of this post. He signed it to his sister Jean, "It only took five easy lessons. Love, Jack." Its estimate is $2,000+.

Or how about this snapshot of Congressman Kennedy meeting with some Boy Scouts: 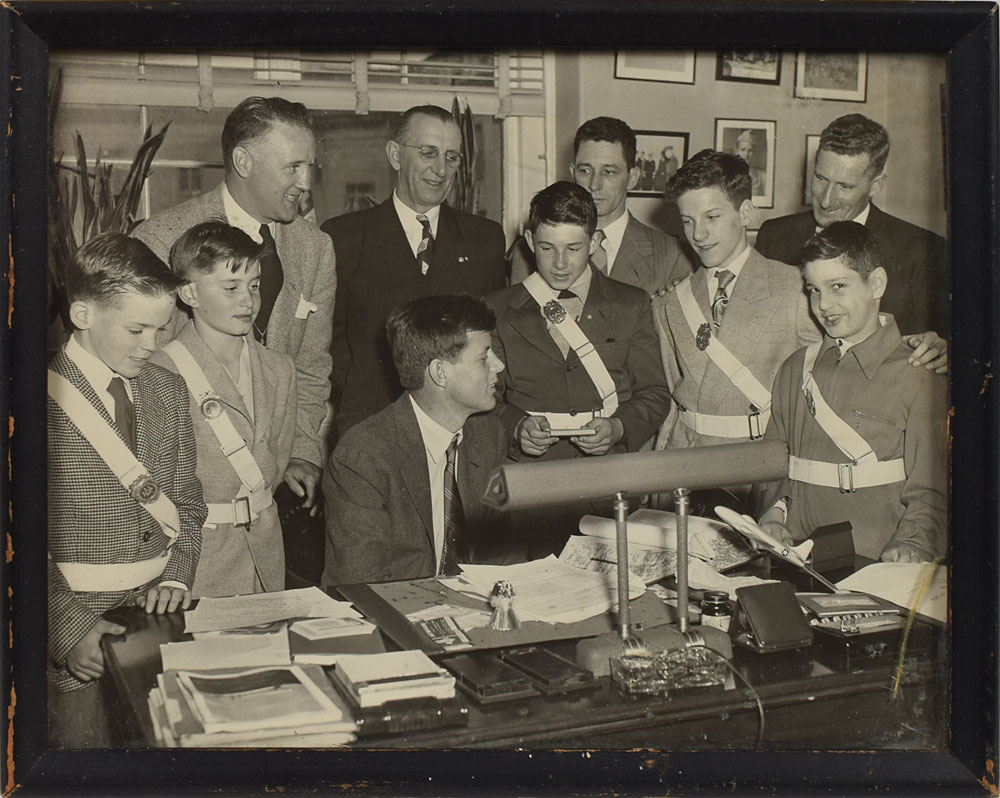 This amazing shot, expected to go for $400+, is from the collection of JFK's research assistant, Deirdre Henderson.

If you have deeper pockets, consider a 1962 Christmas book signed to Joseph Kennedy by his son, Jackie Kennedy and their daughter Caroline, whose adorable scrawl (she was age 5) appears at the bottom of the inscription: 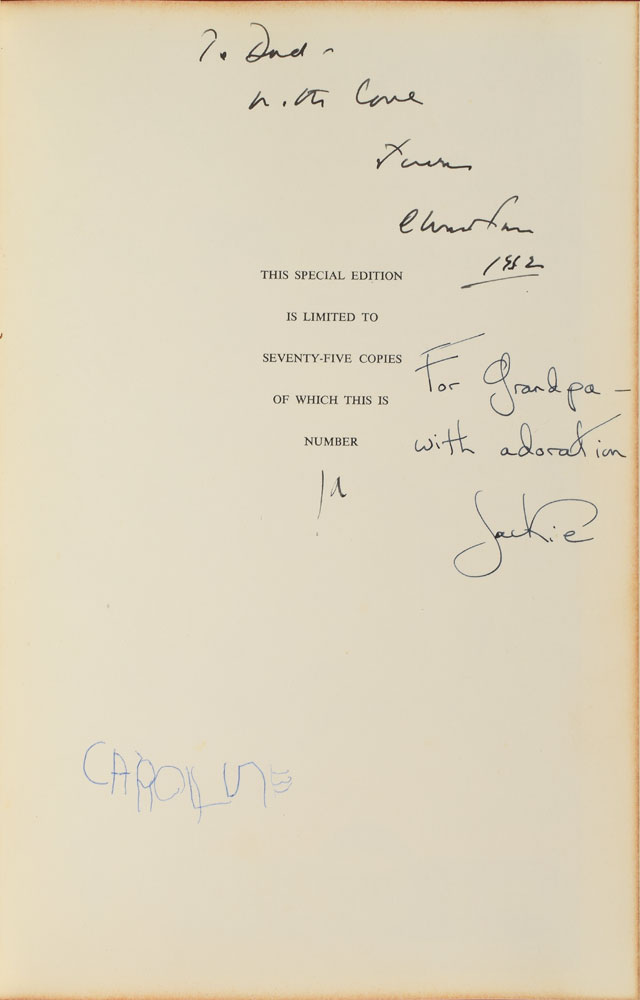 A more traditional autograph is this Eisenstaedt portrait signed by JFK to his research assistant, matted and framed: 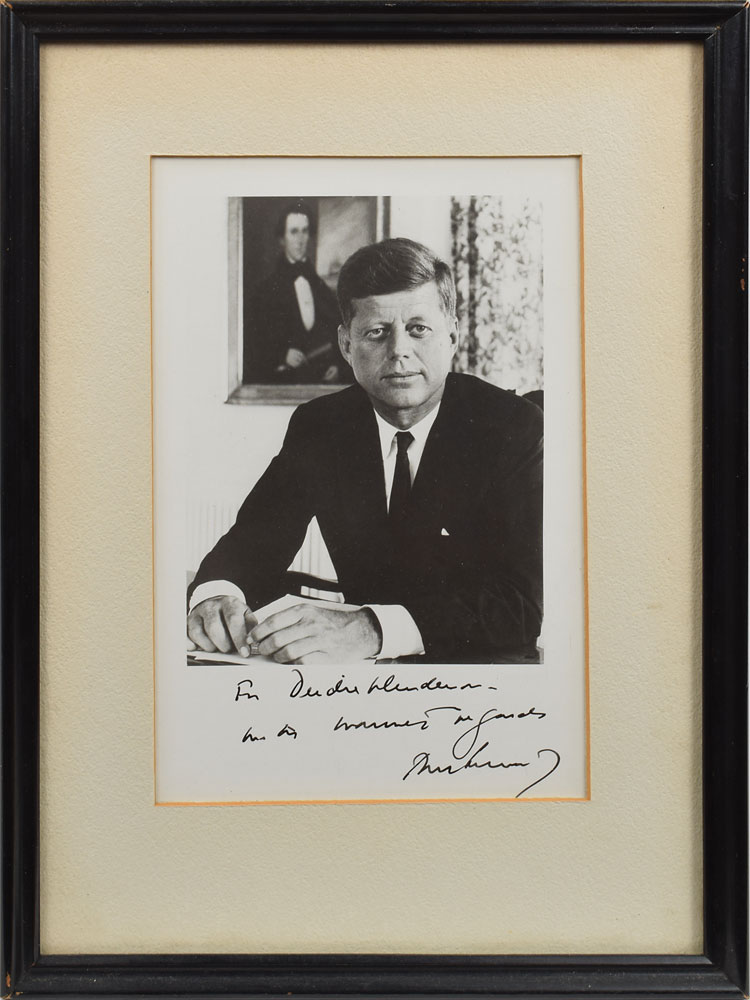 Something even more personal is this Harvard Spee Club (similar to a frat) pewter medallion owned by young Jack Kennedy: 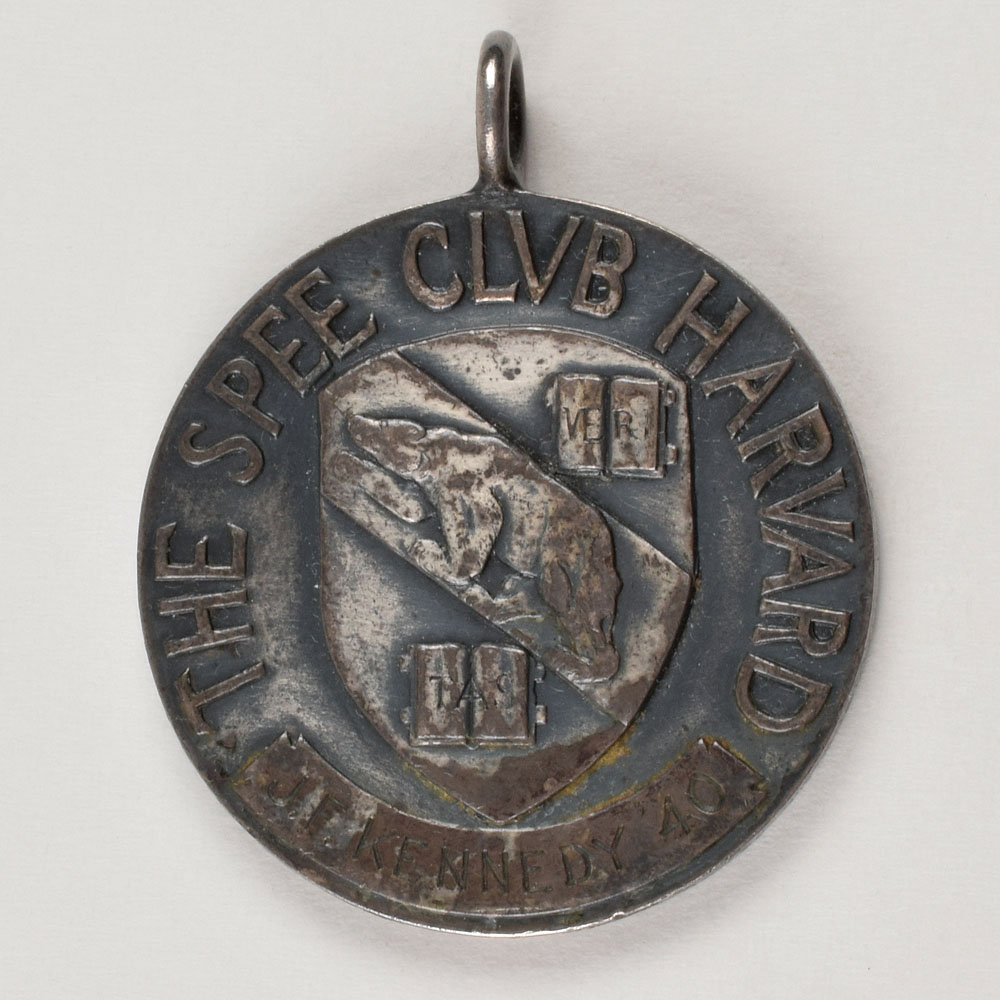 Check out all the items here.